The Second Beginning of the Limitless Online Series

As most of you have probably already heard we had to postpone our Online Series by two weeks and are happy to finally be able to announce everything you need to know about its second beginning.

For this we partnered up with smash.gg as the platform for pairings and result reporting and RK9labs.com who will handle the registration. Smash.gg was kind enough to add a new time limit feature on their website that will help a lot with the tournament operation, and also boasts a lot of other advantages we are looking forward to. RK9 Labs will make the registration process a lot easier for us and ensures that all deck lists will be English, standard legal and easy to read for everyone.

Those new partners and the experience we gained give us a lot of confidence that this new beginning will be a very successful one.

Updated Schedule of the Series

Each tournament day will start at 2:00 PM CEST, will not continue past 1:00 AM CEST and will include a lunch break. More details will be announced over Discord.

The registration and deck list submission will now be handled by RK9labs.com.

Registration for every event ends 12 hours before it starts, so at 2 AM CEST on the day of the tournament.

You can submit or change your deck list on RK9 Labs up to two hours before the tournament starts!

We adjusted the tournament structure to better suit the constraints we have to work with.

All Qualifiers will feature two phases of Swiss rounds, played in best of one with a 27 minute time limit. For Phase 1, players will be split into 4 pools and play 13 rounds. Everyone with a record of at least 9-4 moves on to a joined Phase 2, which consists of 7 more rounds. After completing all Swiss rounds we will cut to Top 8 of all players from Swiss Phase 1 and Phase 2 combined and continue with best of 3 and a 60 minute time limit. All Top 8 games will either be streamed or watched by a judge.

Phase 1 of Swiss is scheduled to finish on Day 1 (Saturday) of each qualifier, while Phase 2 and Top 8 will happen on the second day.

The format for all qualifiers will be the official Standard format. For Qualifiers 1 and 2, that means Ultra Prism – Sword & Shield, while for Qualifiers 3 and 4, Rebel Clash will also be included.

The tournament will be played with open decklists, that means you will have access to your opponent’s exact 60 cards during each match. This is necessary to ensure players can’t change their deck during the tournament, and also supposed to further reduce the variance that’s caused by a best of one format.

For detailed information about tournament procedures and rules, check out

You are obliged to read the document if you participate in the tournament as it contains a lot of important information.

The tournament structure of the Invitational will be double elimination, best of three with a 60 minute time limit. Seeds 1-12 will be determined by the Qualifier Ranking, seeds 13-16 by the content creator voting. Everything else will be handled in the same way as during the Qualifiers.

You can find the current ranking in our player rankings by using the advanced filter option or by clicking HERE.

All Qualifiers are free to play as we want to encourage as many players as possible to participate in the series and enjoy a great tournament from home. However if you want to support our series as well as a good cause, there are multiple ways of doing so.

All the money from Twitch donations, cheers and subscriptions as well as money made from new patrons on Patreon during the duration of the series will be split evenly between WHO’s COVID-19 Solidarity Response Fund and the Invitational prize pool.

We have teamed up with content creators from all around the world to help promote and cover our series for you. All of our featured creators will have the chance to get voted into the Limitless Online Invitational by all participants of each Qualifier Tournament.

The Top 4 content creators will then join the invitational on seed 13 to 16.
In case one of those featured creators was able to secure a spot in the Invitational through the ranking, the invite will get passed down.With us moving the tournament to smash.gg we will also be moving the voting over there. Stay tuned for more information on how to earn votes and when the voting will start!

Each Qualifier will award the following distribution of Limitless Points.

Thanks to Holon Card Shop for providing us with those cards. Check them out on Twitter or Instagram! 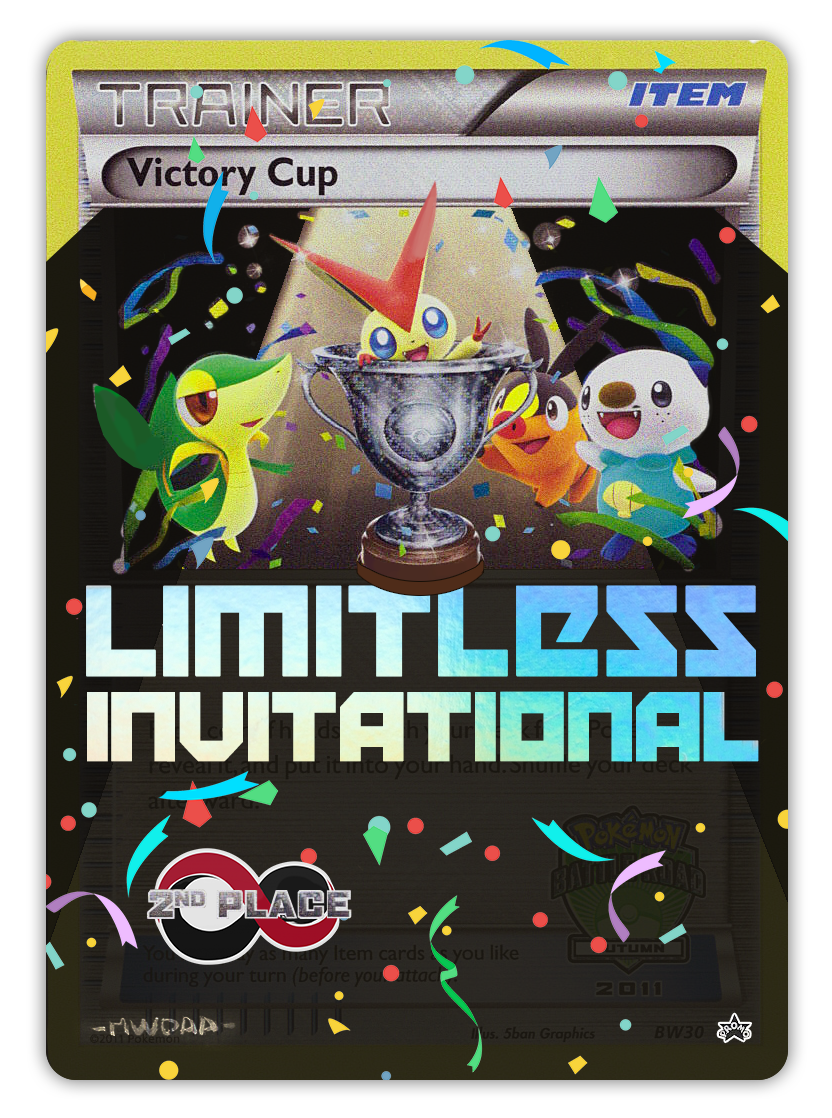 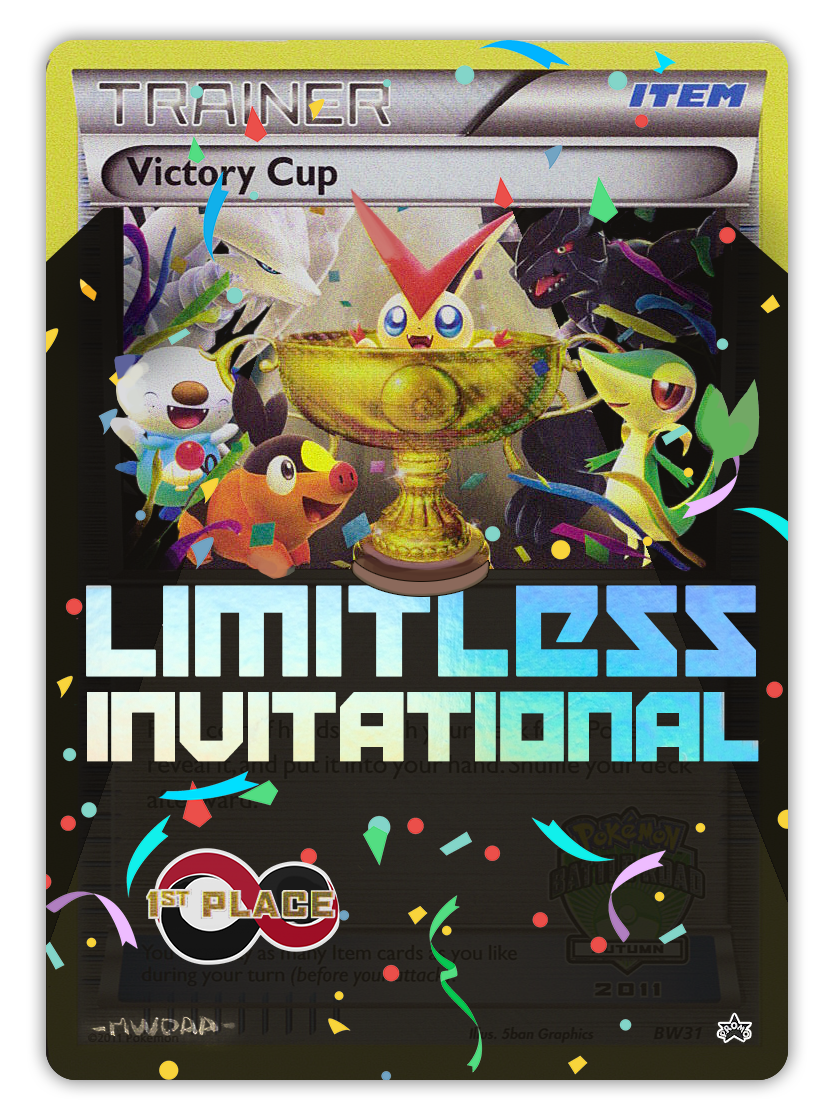 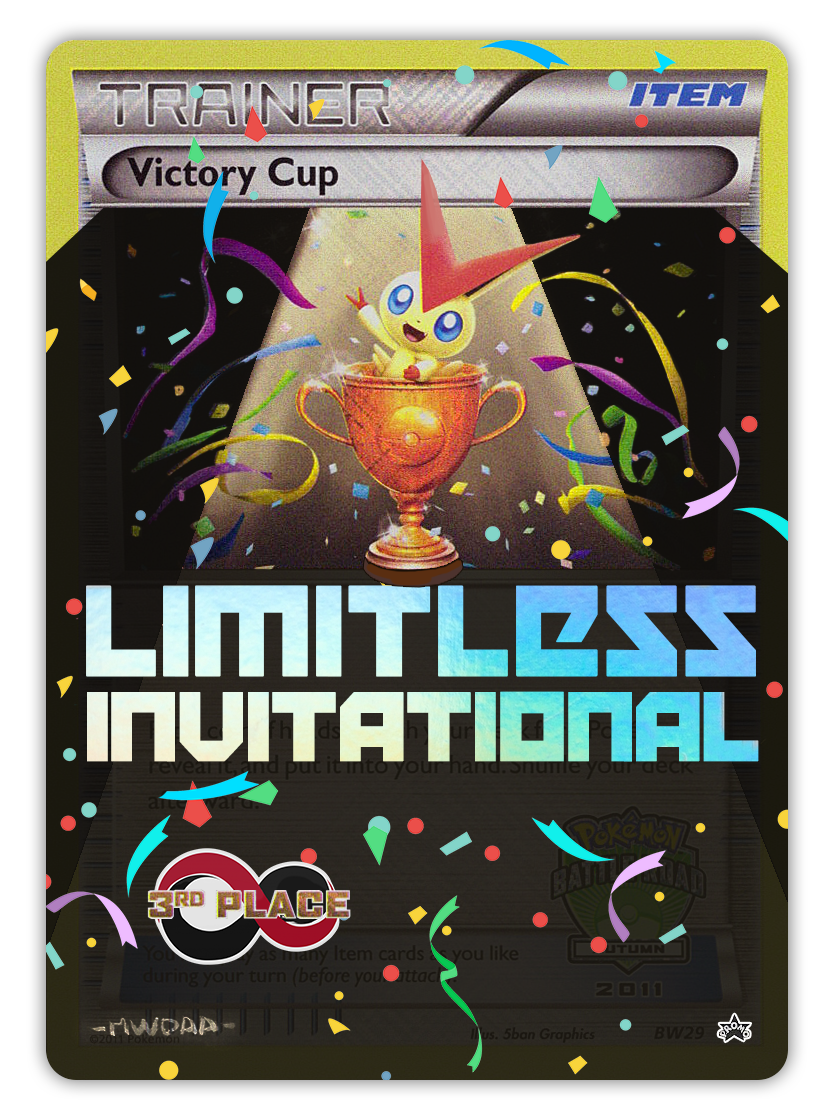 More prizes from all donations, subs and new patrons will be added at a later point.

All playmats, including those won at qualifiers, will be shipped after the invitational. The design is not final yet and will be revealed at a later point.

*If you are a minor and win any cash prizes at one of our tournaments, you will instead receive a gift card of your choice with equivalent value.

Is there a player cap?

Is there a limit of Qualifiers I can play in?

No, you can play all 4 Qualifiers.

How can I find out at which time the tournament will start in my local time zone?

Try out this link here.

Are there any age restrictions for this tournament series?

You can play in this tournament series as long as you understand the rules of the Pokémon TCG. All players will play in the same tournament regardless of age. Please keep in mind, that each Qualifier will consist of around 7-8 hours playing the Pokémon TCG Online game. RK9 Labs will not be publishing the full family name of minors, even when entered during registration. You can make the same adjustments in the settings on smash.gg If you are a minor and win any cash prizes at one of our tournaments, you will instead receive a gift card of your choice with equivalent value.

I am / my child is under 13 and cannot create a smash.gg account, what should I do?

It is not possible to create a smash.gg account for someone under the age of 13. We advises the parent / legal guardian to create an account and let the child use it for the tournament.

What about slow play?

There are 3 measures taken:
1. Ties award 0 points so you can’t gain any advantage by slow playing.
2. If someone stalls to force a double game loss that hurts their tie breaker without any gain.
3. If your opponent is absent for a long time let the judges know.

What record will make top 8?

You should most likely aim for a 16-4 or at least a 15-5 record to make top 8. This is not a definitive answer, it can change depending on several factors including the number of participants, but it gives you an idea what to shoot for.

Who will get to the Invitational?

Will records carry over from Phase 1 Swiss to Phase 2 Swiss?

Yes, but it will be done manually after phase 2 finishes. This means you will not see your old record during Phase 2, but it still counts!

What do I enter in the RK9 Labs Registration Number?

Enter in the RK9 Labs registration number you see at at the bottom of your email. ONLY enter the numbers. DO NOT include the #, spaces, text, punctuation, or anything other than the numeric registration number. DO NOT enter in yourplayer ID.

Can I drop from the tournament?

Yes, there are Discord channels for each pool for that. Just write your smash.gg gamer tag and pool in there and we will remove you. Don’t worry if we don’t get to it right away, you can just leave and will automatically lose the next game until we drop you.