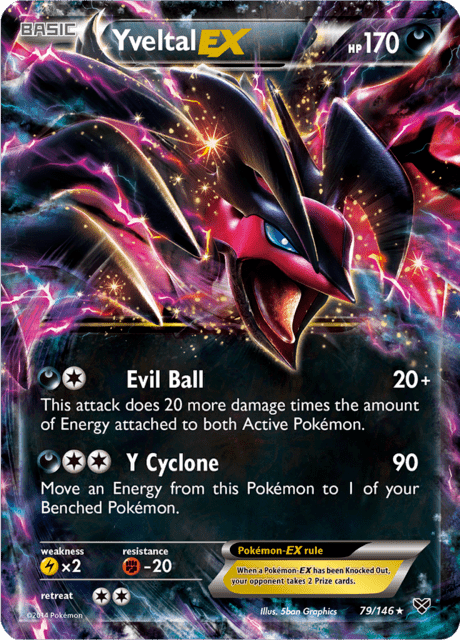 Yveltal-EX has been around the top of the metagame ever since its original release in early 2014, which is proof for it being one the strongest and especially most efficient attackers ever printed. In Standard, it used to be paired with Garbotoxin Garbodor, a combo that dominated the first half of the 16/17 season. In Expanded, the by far most used variant includes Maxie's Hidden Ball Trick, Gallade BKT and Archeops NVI, although it remains to be seen whether it can continue to build on its success after Archeops getting banned for the 17/18 season. 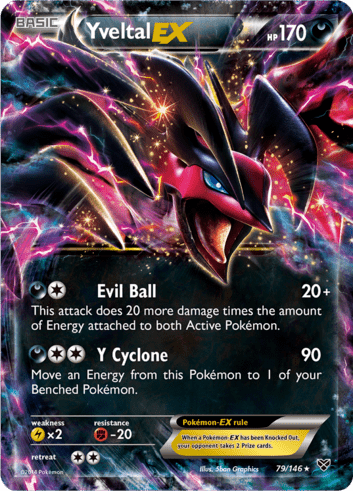