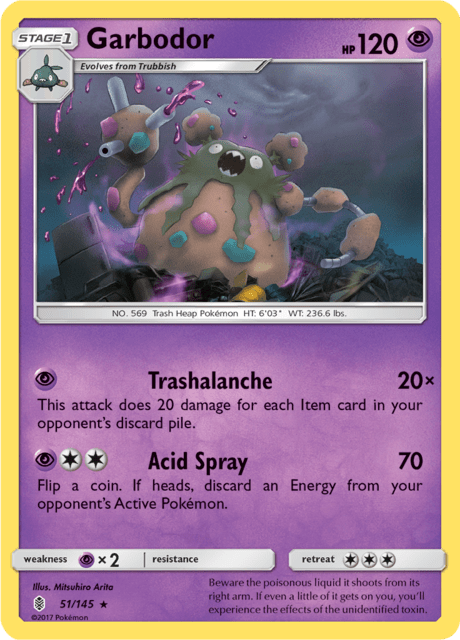 When it comes to success, Garbodor has been breaking all records. It's probably no exaggeration to say it's the most meta-defining card that's been released in a very long time. Garbodor's Trashalance attack deals 20 damage times the amount of Items in the opponent's discard pile, which before its release, would have meant scoring OHKOs quite quickly, with decks generally playing over 20 Item cards. The first big tournament with it being legal showed that players need to fundamentaly change deck design to deal with it: Out of the Top 32, 24 players used Garbodor decks, including 20 of them finishing no lower than 22nd. Even after adjustments have been made, Garbodor didn't stop dominating and ended up taking the North American International Championship, as well as finishing as the overall #1 deck of the 16/17 season on the Limitless rankings. 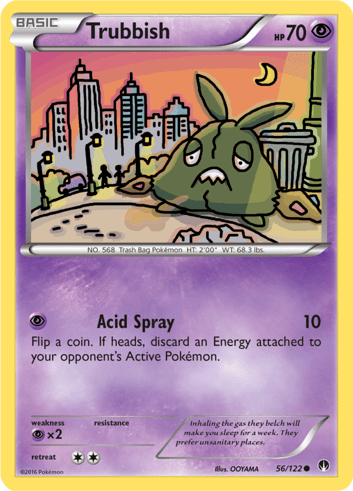